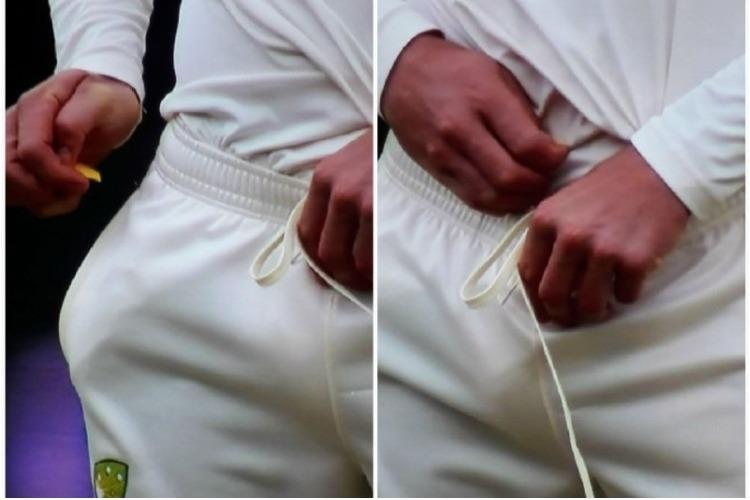 24th of March 2018 was a dark day for the Australian Cricket team and it’s fans.  And it’s not because we lost the game, but because we lost the essence of sports.  In the era of billion dollar sponsorship’s and big salaries, sports has become a business.  We see this not just in Cricket, but in every other sports.  Winning at all cost.

There is a lot of noise in the main stream media and even on social media currently about the three players Cameron Bancroft, David Warner and Steve Smith. The whole of Australia, even those who don’t follow Cricket have something to say.  In the public’s eye they were villains who brought discredit to the game and to Australia.

Where did I stand on this issue and where am I now?

I was livid. I was disgusted.  I was disappointed in Steve Smith.  I had such great regard for Steve Smith until then.  I admired the way he played, the way he captained.  Cool, calm collected and a young man with great talent and temperament. All that tarnished by a moment of insanity.  I could never accept cheating.  And there was no dressing this up as anything else. This was blatant cheating.

Australian team as well as the public have never gone easy on other teams and always taken the high moral ground on other teams for even the smell of cheating.  Memories don’t fail me when I recall the incident or incidents of 2006 Australia vs Sri Lanka, how Sri Lankan spin bowler Muttiah Muralitharan was tormented by the bias umpires, Australian Team and the Australian public.  Here was one up and coming young bowler from a third world country, but he showed talent, the only way to get him out of the picture was to brand him as “chucking”.  In this scenario it was not even cheating and his actions were cleared later as not ‘chucking’.  In such issues facts don’t matter.  Bantering continues with baseless allegations by the faceless men and women of Australia.

I learnt a new word after coming to Australia – Gamesmanship.  Then Wicket Keeper Ian Healy was the master of it.  He called sledging was Gamesmanship.  At the beginning I was against it.  I thought this was a Gentleman’s game and sledging hard no place in it.  In time I came to accept it.  Still it bothered me when Fast Bowler Glen Mc Grath was teased in the West Indies and he lost his cool.  Not sure what was said but it was about his wife.  She was battling cancer at the time.  I am really not sure how anyone can stoop to that level to banter someone using their dying partner.  Yes, they crossed the line there.  But then again Glen Mc Grath himself is no saint.  He once called a Sri Lankan player (I believe could be another from the sub continent) “black monkey” because the other player hit his ball for a four.  I don’t think that Glen is a racist.  Just that he was angry, annoyed and exasperated at that time and wrong words came out.  Which can happen to any one of us.  How many of us are guilty on the road when we mutter to ourselves “bloody Asian drivers”.  The difference is, we are not in the public arena and on camera.

Coming back to Steve Smith and the other two, why did they do it?  I don’t think winning at all cost was the only motivator.  I don’t know much about Cameron so I am not going to comment.  Warner probably was at his wits ends.  Sledging about his wife, the fans wearing Sunny Bill Williams face mask etc.  Warner himself has accused South Africa of ball tampering in 2014 and was fined for the comments he made without concrete evidence.  I am not sure if he thought they were still guilty (South African’s).  Well let’s not forget their captain Faf du Plessis was caught twice before.  It’s a lame excuse but it’s still an excuse “everyone does it”.  Maybe that was what he was thinking.  But the outcome shows that there was not much thinking.

I still cannot fathom what was going through Steve Smith’s head. My verdict for Steve Smith might be biased.  I am not saying he is not guilty.  But it takes a great man to admit his fault so wholeheartedly.

I wonder whether we as a society created this issue.  When these young men (and women) enter the main arena, we are surprised, pleased and overjoyed at their talents and success.  We praise the budding talents.  For us they are new to the scene.  But the fact is that they have been in the scene for a long time.  They had given up their weekends and mornings before and after school on training.  They had given up their holidays and friends for more training.  They had already given up on their childhood.  Now they are finally on the main arena.

Good life begins with sponsors, six figure salaries and the spotlight.  Well that’s what we see.  They are under scrutiny from the first match.  Two consecutive bad scores and we are ready to write them off.  We say we shouldn’t have this mentality “winning at all costs”.  But are we happy if they lose?  We see time after time sportsmen facing depression and anxiety.  We hoist them at their peek and then drop them without a second thought, when they have given it all and got nothing left.  Ian Thorpe, Graham Hackett, Geoff Huegill, the list goes on.  We drive them to hit rock bottom.

Maybe there is a lesson in this.  Let’s teach our young to do their best.  To never give up.  But accept the fact there is one winner and also not the winner in every battle.  Let’s clean up our own mess before we take the broom to our neighbors.  Sledging and gamesmanship has to go.  Let’s replace it with Sportsmanship.

A moments lapse of misjudgment has now destroyed Steve Smith’s great future.  I can’t but feel terribly sorry for this young man.  I think he knows it more than anyone else, that he is to blame and no one else.  He has passed a harsher judgement on himself than anyone else.

we did it our way

We're Carine and Derek, 2 fun-loving Canadians who quit our jobs and travel the world. We want to inspire you to live your best life and follow your own rules

Richy's thought of the week