As usual I didn’t stick to my promise and I am few days behind from where I left off.  Then again I am talking politics, so to keep with the theme of broken and abandon promises, I am doing my best here to match the theme.

Last week when I was writing, I had a lot passion and a lot of anger and frustration. But for now, just like our parliament, even though nothing has been resolved, but in our minds we have put the issues aside, at least for the moment.  We the public are taking a break.  At least until the next circus show starts.

Before I go further I like to advise to my readers that the following contents may not be politically correct and may offend certain highly sensitive people.  You have the choice not to read it.  The following are my opinions, they may be more closer to the truth than those of, who call themselves Journalists or Politicians, however I do not claim my comments as facts.

You are free to form your own opinion. 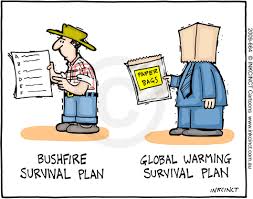 I am still angry.  It is exacerbated by watching news on TV.  A comment about Pauline Hanson – apparently she is saying what everyone is thinking but not saying.  Obviously she is the Hero, the person with guts and glory. A woman responsible for murdering the Queens English everyday is our spokesperson for the nation. Shoot me now.

When did it become your bravery is measured by how rude and callous you can sound? When did it become your eligibility to rule a nation is measured by how racist you could be?  Far right White Supremacists hold your horses, you don’t have the monopoly on this.  This is a ploy used by most weak leaders of all races.  Yes the same thing was used back in my mother country and it worked swell.  These leaders may be weak, but you lot who vote for them are weaker.

Okay let me say what I am thinking and maybe the rest of Australia is thinking but not saying.

The above rant is not exactly a continuation from last week.  This was more of an outburst from last nights TV show.

I left off last week with the following line

Muslims/ Islam –  well at present you cannot say that you are completely blameless.

Hear me out before I get branded as Islamophobic.  I have no issues with those who practice Islam or any other religion. However, I take religion with a pinch of salt, again I believe each one to their own.  Until, they shove down their ideas to everyone else.  And please don’t bring religion into the Parliament.  Many countries have tried and are left with it’s disastrous out come.

Abrahamic religions have been forefront of shoving down their religious beliefs to the world for many centuries now.  Christians probably are the front runners of  this exercise, now Muslims are trying to catch up and it is upsetting the Christians.

Those of us who are standing on the side line are thinking the same thing.  Just take a chill pill, or better still read a science book.  Take your bible or the quran as a guide.  When you read your holy book, if your interpretation makes you a hurtful, rude, unkind human being, ask again is that really what your god wants you to be.  Religion is meant to make you a better human being, not an ass.

I have nothing against what anyone wants to wear.  If it be the Burka or the Bikini.  Neither of them are my choice, and feel there are places that both should be avoided.  The courts, The Parliament, The Airport to name a few.  To some the burka is offensive in such places. As a woman in her fifties with not so perfect of a body, the Bikini is more offensive and threatening than the Burka.  I doubt that I would lose my husband to a woman in a Burka.  Just saying, just think about it.

Seeing a woman in Burka for me is similar to standing next to a obese person in the lift.  A lift that has a mirror.  Oh yes, I am not that fat.  Just admit it, you’ve done it too.

I understand for many the Burka is offensive, because of what it stands for,  another religion taking the reigns.  If we were to go by history and understand what happened when Christians went around the world converting and setting up missionaries, well I guess we have reasons to be concerned.  History has a way of repeating.  Blood shed seems to be inevitable.

My only final solution is ban all religions.  I am who I am, not because of my religion.  I am nice to my neighbor because I feel good when I am nice to them.  It’s not because the bible said “love thy neighbor”.  What I am saying is I don’t believe those who hide behind a religion for their actions.  Unless religion can do good to this mankind I can’t see a place for it.

Coming back to the real world, so this my call to the Muslims and the rest of the migrants who enter this beautiful land Australia.  We’ve all come from troubled lands to start a new life.  The earliest boat arrivals, most of them convicts, kicked out by their own country, had a tough journey to come here and then set up life.  The convicts were the good ones, the one’s who came on the first fleet did a lot bad things to the natives. Let’s hash that story another day.

I am not a native and I don’t have the right to say “that’s all, water under the bridge”.  However, I think we need to move on.  We are all here.  Let’s leave behind the baggage and start anew.  We all left our lands because they were burning, because there was bloodshed, because there was corruption and because some of us were marginalised. Let’s not start all that all over again.

If you see a Christmas tree at the shopping center don’t be offended, is just a decoration of a joyous time.  If that is your biggest concern for the day, it’s a sign that you are far from harms way.  It is time to enjoy your stay in Australia. If you want others to accept you, it is time you accepted them too.

If you hear about the ‘Sudanese Gang Violence’, don’t join the band wagon and don’t panic. Again grab that pinch of salt. Find out the details before you cast your stones.  Each time a new set of migrants came in we had issues.  It was the Vietnamese gangs of Cabramatta, Lebanese from Cronulla (Bob Hatter’s relo’s) and the list goes and at present the flavour of the month seems to be the Sudanese gangs in Victoria.  I am not saying that we don’t have issues with these youth. Teenagers can be a handful in any home, but definitely from displaced and marginalized homes and environments it is going to be a bigger issue.  So new communities and it’s leaders have to tirelessly work with these youth to make sure they don’t veer off into the wrong paths.

By marginalising them you would feed them directly into radicalization.

Let’s build our great nation, let’s not divide and feed it to the hyenas.

I am a beginner to all this blogging. Recently found a passion for writing. Not sure if I am a good enough writer to publish a REAL book. I am probably using this as a testing platform to see if I attract enough interest. I was born in Sri Lanka, now for the last 26 years living in Australia. So am I a Sri Lankan or Australian, it changes time to time. Lets say I am not ashamed to say I am a Sri Lankan but I think my affections lie with Australia. I am a cancer survivor, marriage survivor, war (civil war) survivor and what ever else the world/destiny has thrown at me. So my blog I guess would be about all those things. Humour is Huge for me, fairness is huge for me, I question everything religion, cultural beliefs, Political decisions. So watch out for some some fireworks laced with humour. View All Posts

Travels With Madam
The Novel: UnHoly Pursuit: Devil on my Trail